Python Decimal to Binary Converter – This Python tutorial explains the logic to convert a decimal number into its corresponding binary number.

How To convert a Decimal Number into Binary Number 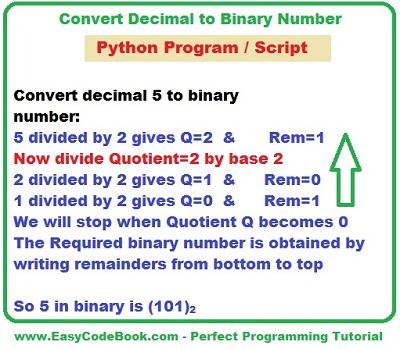 The output of Decimal to binary converting program is as follows: