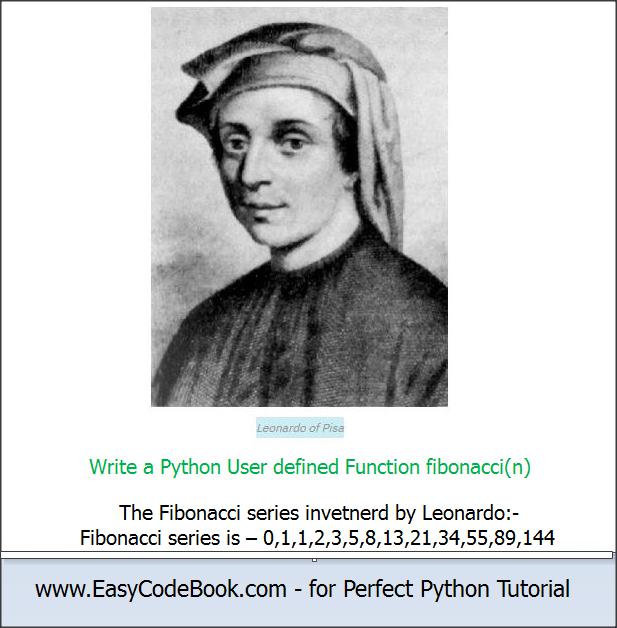 What is a Fibonacci Series?

The Fibonacci Sequence is the series of numbers, such that every next number in the fibonacci series is obtained by adding the two numbers before it:

Note: First two numbers in the Fibonacci series are 0 and 1 by default.

Who invented the Fibonacci Series?

The popular Fibonacci series was invented by an Italian mathematician Leonardo of Pisa (aka Fibonacci) (1175 AD to 1250 AD.)

The real story behind the invention of the Fibonacci series is that: This series is invented by Leonardo because he was to solve a real life problem about the Rabbits farming. A rabbit farmer wanted to know how many rabbits he can grew in a year from one pair. The problem is solved by Fibonacci series by knowing and considering the following facts about the rabbit’s life. “A pair of rabbits bear another new pair in a single month. This new born pairs can bear another pair after the first month”.