Topic: Flowcharts With Examples and Explanation of Symbols

Task: Today we will discuss the Role of Flowcharts in Computer Programming – Tutorial for Beginners. This is a basic tutorial on how to draw some basic flow charts to be used in computer program planning process.

There will be an introduction to basic symbols needed to draw a program flow chart. We will present live flowchart examples for some programs. 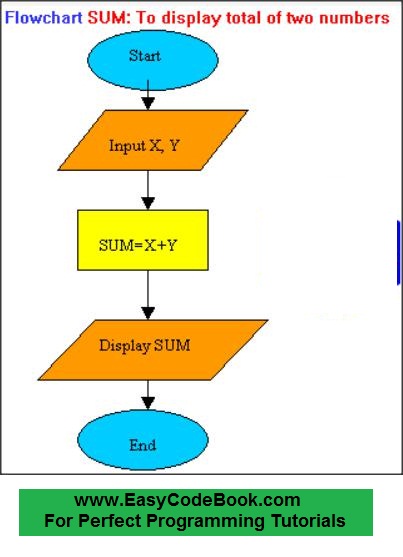 Flowcharts with examples and symbols

What Do You Mean by a Flow Chart?

How To Draw A Program Flowchart?

To draw a program flow chart we need a set of basic symbols. These symbols will represent different actions like, start, stop, input, output and process or calculation. Some other symbols are for showing direction of control flow, decision making and looping. 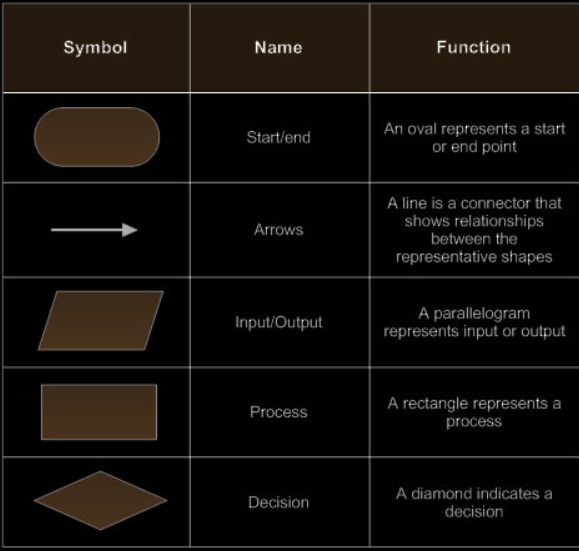 The An oval like symbol is used to represent start and end of a flowchart.

Arrow lines are used to show the direction of flow in the flowchart.

Parallelogram symbols are used to show input and output.

A rectangle symbol is used to show a process in a flowchart. A process may be a simple assignment statement like A=10 or a calculation like SUM= A + B etc.

Excercise 1 : Q: Develop a flow chart for a C++ Program to input three sides A, B, C of a triangle and calculate / display the are of triangle using the formula: 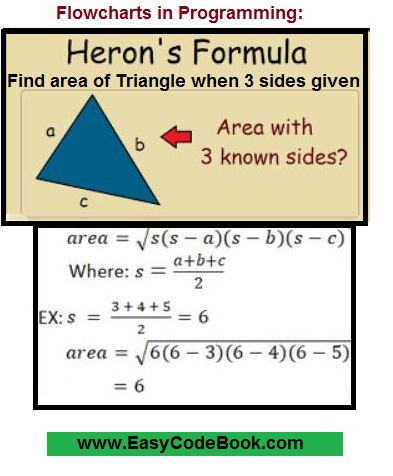 First of all, we design an algorithm for calculating area of triangle:

//This algorithms takes the values of three sides of a triangle

How To Convert An Algorithm to a Flowchart

Normally there is a one step to one symbol correspondence in conversion of an algorithm to the program flowchart. All symbols are connected with the help of  directed flow lines / arrows. These flow lines show the direction of flow in a flowchart.

For example, for the above algorithm we use one symbol in flow chart for each algorthmic step: 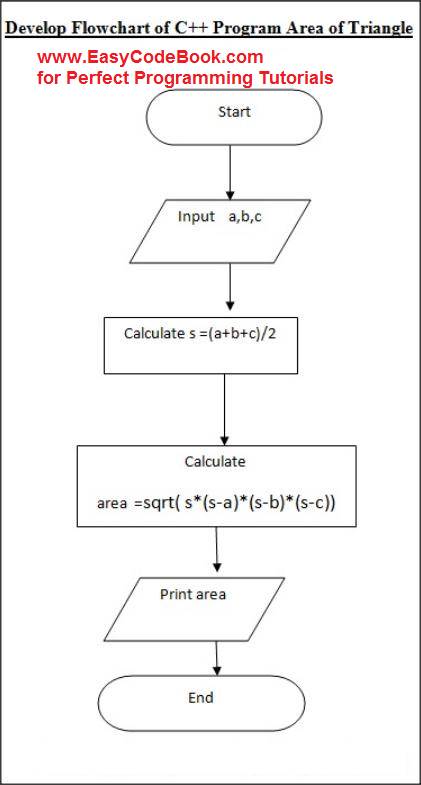 how to design flowchart for Area of Triangle

How to impliment a Loop in a Program Flowchart

We can impliment a looping statement in a flowchart using the decision symbol that is the diamond symbol.

For example, an example of a flowchart to display 1 to 10 numbers is as follows: 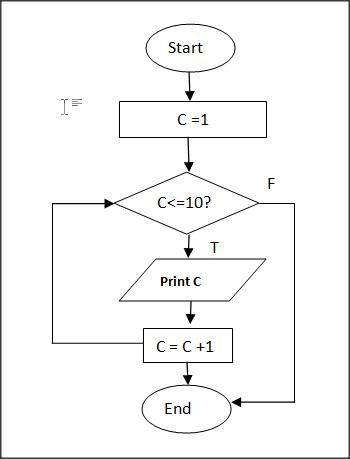 Using loop in a flowchart

Here we use decision symbol and  process symbol to show a loop in the program.

So, we stuidy today about the importance of flowcharts in Computer programming. We also discussed the different symbols used in flowcharting in program planning / program design technique.

Some File Programs in C++: