We use Pythons Comments to make the source code easier for humans to understand. Python interpreter will ignore any comments in the program.

How to Add Python Comments in the Source Code

Python uses a Hash symbol ( # ) to indicate that rest of the line is a comment. 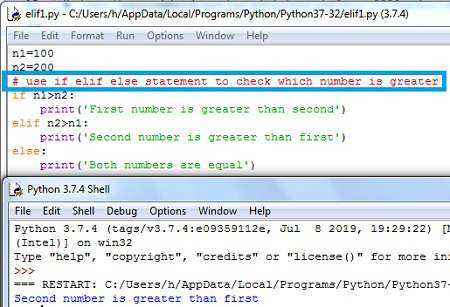 Writing Python Comment After a Statement on the Same Line

We can also use a Python comment after a statement on the same line. In this case the remaining line after # symbol is a comment now. It will be ignored by the python interpreter. For example:

How to Write Multi-line Comments